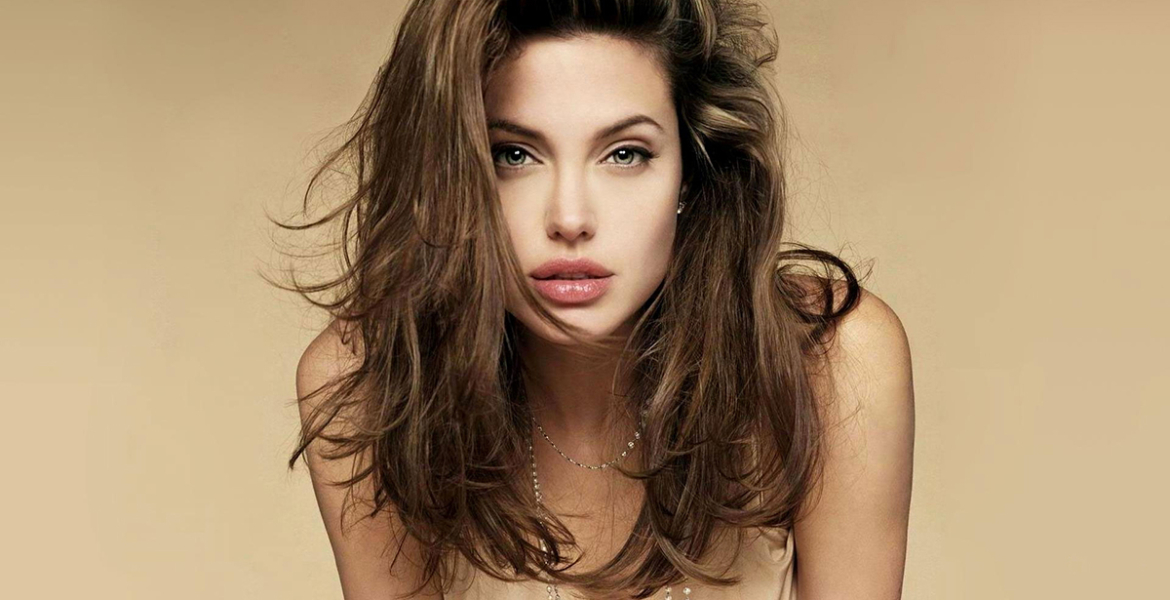 There is almost nothing that superwoman Angelina Jolie (estimated net worth 178 million euros) doesn’t do and definitely nothing that she can’t do. Being a mother of six kids, an actress, director and UN ambassador, the 42-year-old seems to be quite busy. There are still a few things that you might not know about Angelina Jolie yet.

Angelina Jolie, like most of you probably know her these days, was originally born Angelina Jolie Voight. Jolie is actually only her middle name. Being the child of two Hollywood actors, Angelina never wanted to be defined by her parent’s name and success so she decided to simply omit it. Her parents are actress and model Marcheline Bertrand and oscar winner Jon Voight.

She acheived her first great success in 2001 starring as Lara Croft in the hollywood blockbuster Tomb Raider. Playing different roles in further action movies like “Wanted”, “Mr & Mrs Smith” and “Salt”, it becomes clear how she obviously feels well playing these roles full of action. What many people don’t know is that she starred in quite a few music videos at the beginning of her career, including “Stand by My Woman” by Lenny Kravitz (1991), “Anybody Seen My Baby” by The Rolling Stones (1997), in which she can be seen decently dressed stripping in a corset, and “It’s About Time” by Lemonheads.

Even though she went to an acting school in her teens, her career aspiration completely differs from her current profession. After loosing her grandfather and experiencing a disappointing funeral, she wanted to become an undertaker. After this life-changing experience of a memorial service she knew that undertakers should be communicating differently with the surviving dependants.

It’s pretty obvious that Angelina Jolie has a predilection for blood. At her wedding with former husband Johnny Lee Miller, she wore black leather pants and a white t-shirt onto which she wrote her spouse’s name using her own blood. During her second marriage with Billy Bob Thornton both of them wore little ampoules filled with blood of each other as a very special token of love around their necks. Even the 10+ years relationship with fellow actress Jenny Shimizu was defined by exotic sexual practices. The results still embellish their arms.

5. Pilot with a license and a big heart

As already stated Angelina is a real superwoman – with a big heart. Besides the fact that she donates one third of her income to aid organizations, the UN ambassador got herself a flying license – even if it’s only valid for single-engined planes and flights under a clear sky. She did the flying license in order to being to help people in distress and fly them out to hospitals and to transport food to remote crisis areas.

Around The World With Madeline Relph & Jourdan Bowen

Life
5 Things You Probably Didn’t Know About George Clooney
share this post
Hollywood icon, heartthrob and a genuine gentleman – at the age of 55 years George Clooney is far…
Load More
Latest Most Viewed
Life
Light at the End of the Tunnel: 10 Good News about the Corona Pandemic
18. March 2020
You currently see and read negative news everywhere. To be clear: the crisis is far from over. However, there are…
Life
These Three Books Helped Will Smith Gain Success
24. June 2019
Who does not know The Fresh Prince of Bel-Air? And the catchy, colorful rapper who preceded the show? There's hardly…
Life
Good News: Gin & Tonic Helps to Avert Mosquitoes
21. June 2019
Cool drinks, hot bodies - and mosquitoes. Unfortunately, summer doesn't just have pleasant vibes, it also opens the door to…
Life
This Poor Man Was Rejected by A Rich Man’s Daughter. 10 Years Later, He Meets Her Again
18. August 2015
We live in a society in which the criteria for the selection of the perfect partner can turn out very…
Life
13 Highly Inspiring And Motivating Quotes From The Successful TV Series Suits
8. January 2018
Most of us have great dreams for their lives. Whereas Harvey Specter, starring in the successful US TV series Suits,…
Life
Life or Dream in Sri Lanka by Alexander Tikhomirov
16. August 2015
Alexander Tikhomirov lives in St. Petersburg and went viral on Tumblr as a photographer and filmmaker. Beautiful and sensual women dominated the works…