A House Like a Needle: Living In One of The World’s Tallest Buildings in New York City

For decades, New York City has been known for its spectacular skyscrapers. Of course, in the aftermath of September 11, 2001, people felt a little insecure when they had to enter a skyscraper and go up to one of the higher floors.

However, the shock after the attacks has been absorbed to such an extent that it seems people are ready to venture high again. For example, with this building, whose basic shape looks very similar to a needle. If you were to look at the almost completed skyscraper from Central Park or from one of the neighboring skyscrapers, you may well wonder whether the structural engineers have calculated correctly here. The floor space is extremely small for a building of this kind. The ratio of height to width is 1:23, making it one of the thinnest skyscrapers in the world. But one can say with certainty that everything here was calculated two or three times, so that the residents of the individual apartments can enjoy an almost complete panoramic view. 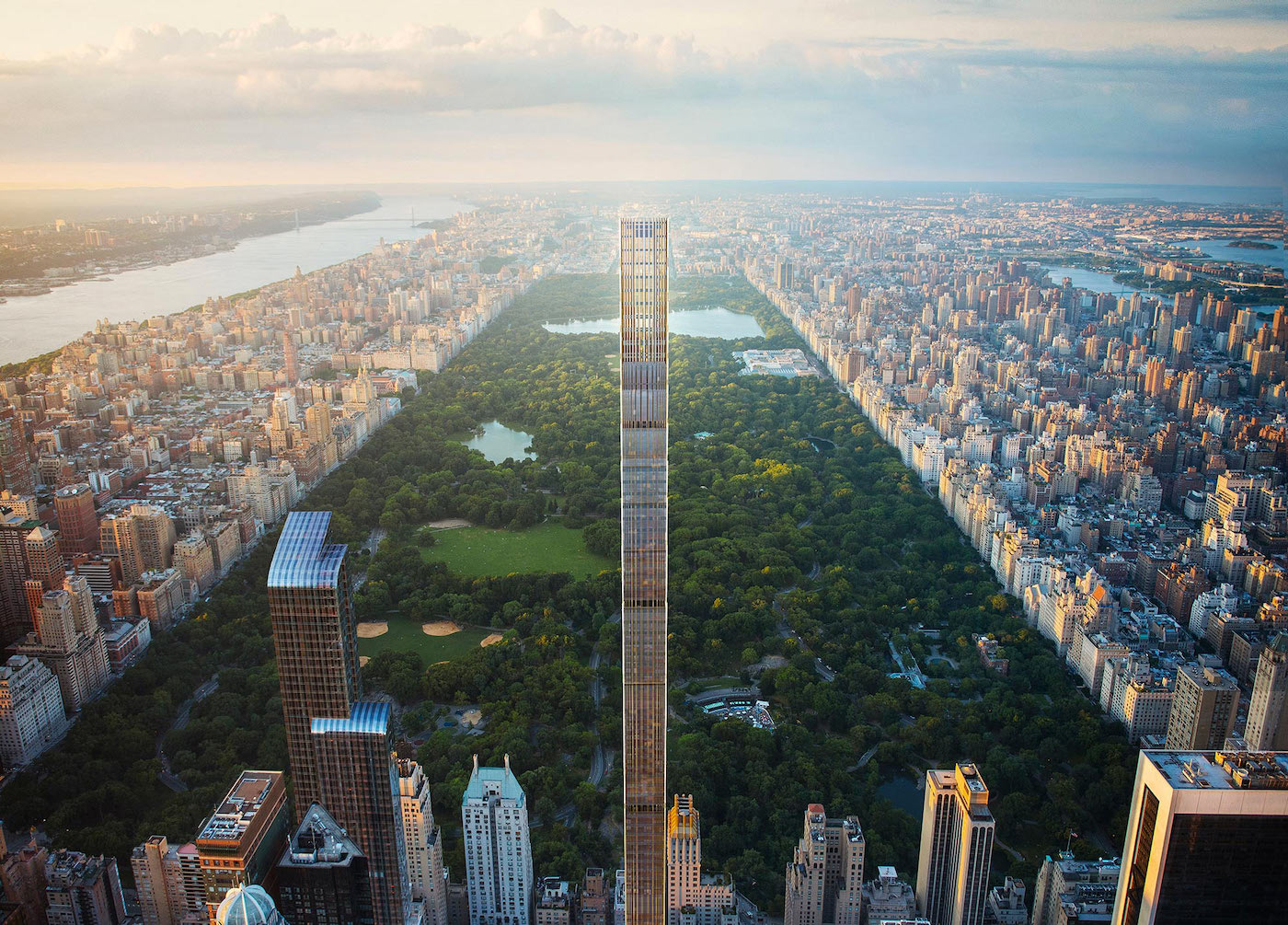 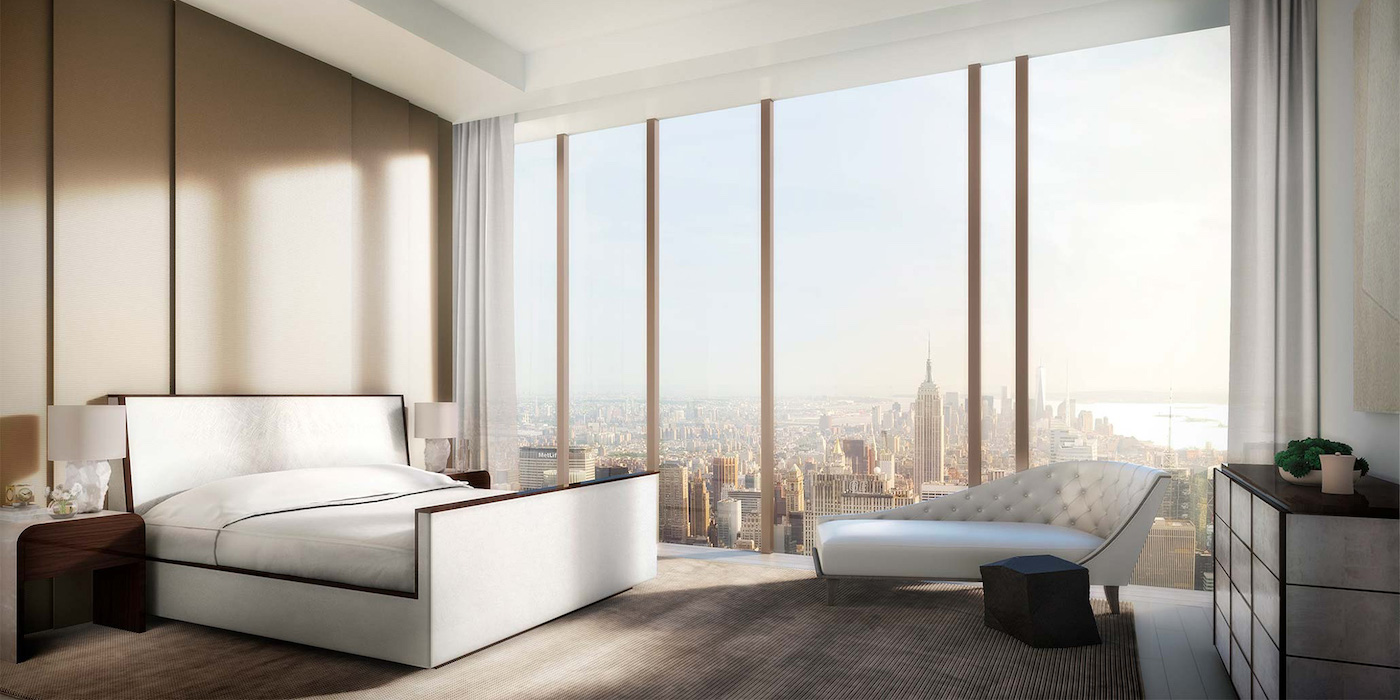 Interestingly, the apartments in the building are in high demand. For 420 square meters (which is admittedly more than generous), you have to put at least 18 million dollars on the table. The penthouse of the approximately 435 meter high building is 650 square meters in size and is offered for 57 million dollars. On the other hand, the view is extremely breathtaking. At the 64th floor, one is already located above the “average” skyscraper. 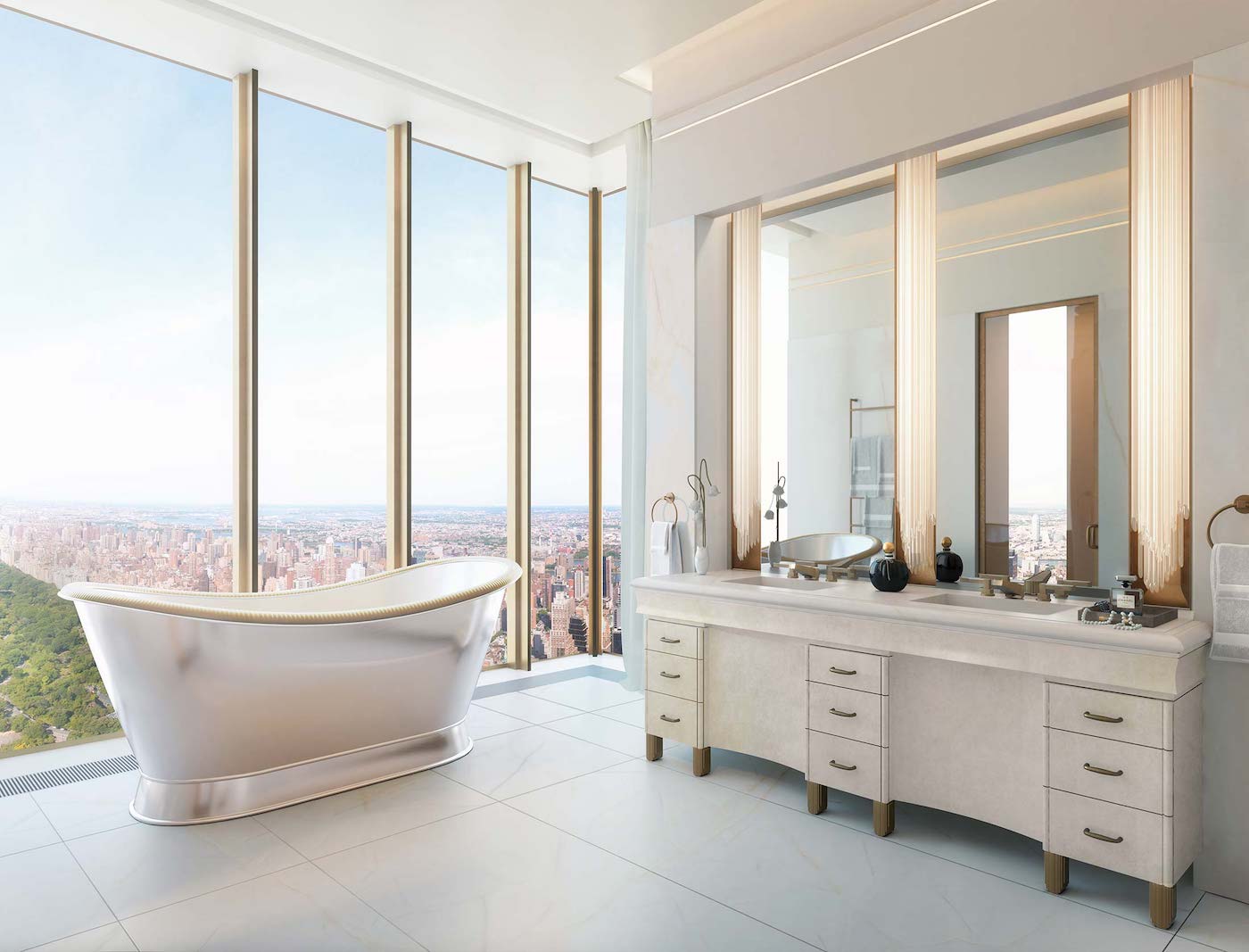 Although the skyscraper was erected according to the latest architectural and technical data and appears very spectacular in terms of height and width, the tradition of meticulous construction was still valued. Elegant decorative elements such as exposed brickwork and bronze ornaments were used for the façade. Of course, this elegance is conveyed as soon as you enter the building. And it continues into the individual apartments, which have their own entrance galleries more than 4.20 meters high with white Macauba stones. The floors in the main bathroom are even made of white onyx. 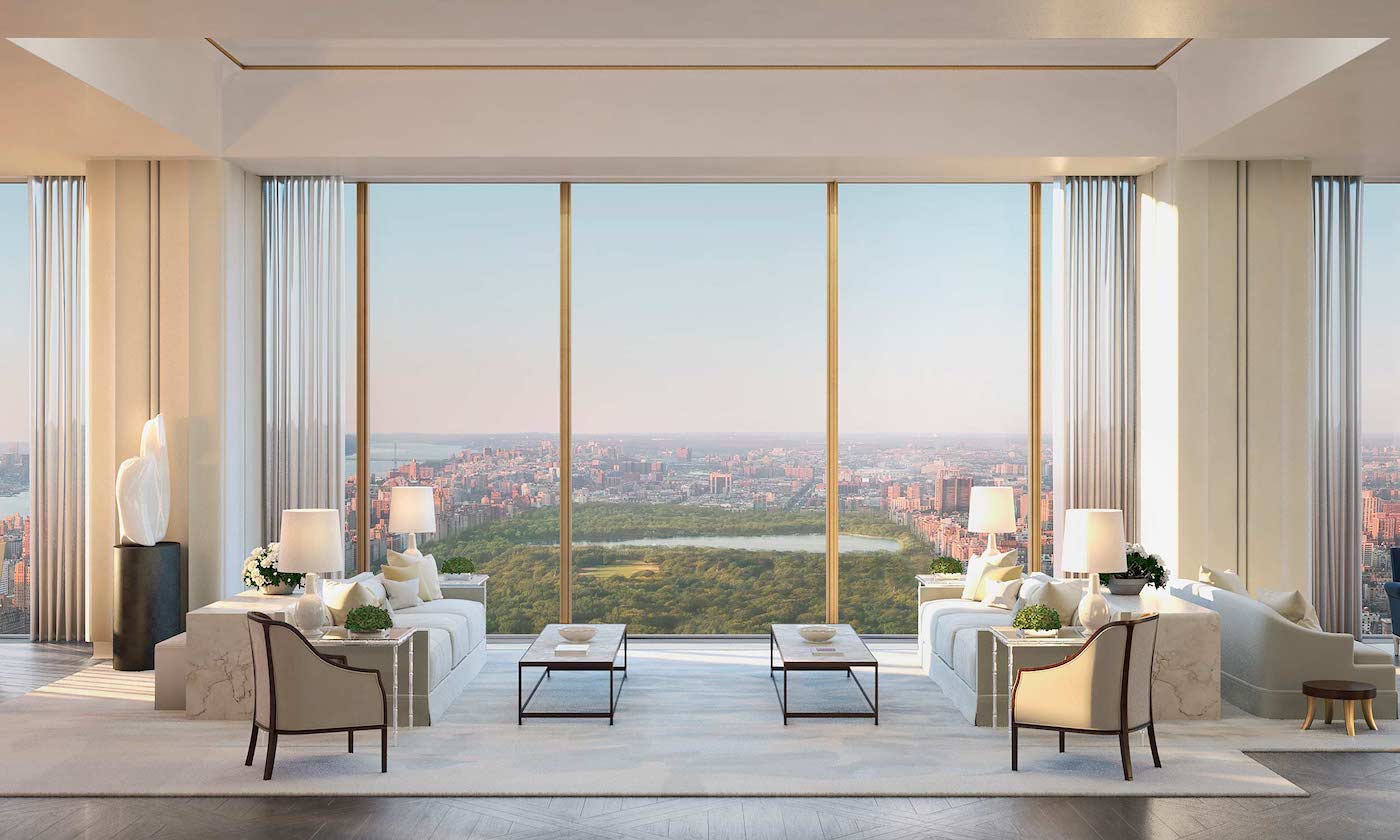 In short: If you want to live close to the city, elegantly and with enough space, but also value great city panoramas, you can hardly do without this high-rise in New York City. However, it can be assumed that there is already a queue of prospective buyers for the apartments.

You might also be interested in this: Located in the Heart of Manhattan: The Quin Hotel in New York

Ice Cube and the Multi-Billionaire: This Billion Dollar Deal Could Pay Off