AirBnB recently offered a luxury apartment in the style of the fictional hero. To be honest, it was not exactly the apartment, which is admired by female fans. However, the offered apartment in Seattle is located in the same building as the original unit.

For $ 257 USD per night, fans would have been able to turn their own the fantasies into reality. Unfortunately, the offer was promptly taken down for violating the terms of the building’s ownership agreement, which prohibits short-term rentals.

Who still is interested in buying such apartment should be ready for prices starting at $ 1 million dollars per unit. 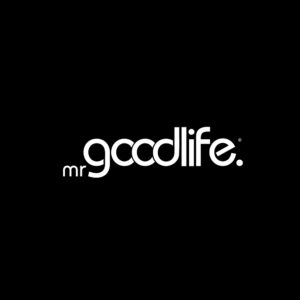 Homes
Sophisticated Paris Apartment by Irina Dzhemesyuk & Vitaly Yurov
share this post
This two-storey apartment in Paris was designed by Ukranian interior designers Irina Dzhemesyuk and Vitaly Yurov. It is…
Homes
BL1 House by Igor Sirotov Architect
share this post
Designer and architect Igor Sirotov designed an impressive property with the name “BL1 House“. Unfortunately, we only see visualizations…
Homes
432 Park Avenue: The $95 Million New York City Apartment
share this post
432 Park Avenue will be the adress of a supertall residential project that is currently under construction. The construction…
Homes
Beautiful Apartment in Port Andratx, Mallorca
share this post
This duplex apartment is located in the community of Las Cascadas in Port Andratx and boasts spectacular views of the Mediterranean, the harbour entrance and…
Life
Watch the Official Trailer of ‘Fifty Shades of Grey’
share this post
After the sensational worldwide success of the erotic trilogy "Fifty Shades of Grey" by author E.L. James and…
Load More
Latest Most Viewed
Homes
Jeddah Tower in Saudi Arabia: This Will Be the Tallest Building in the World
24. June 2019
When you think of skyscrapers, you immediately have images of New York City in your head. However, there have long…
Homes
A House Like a Needle: Living In One of The World’s Tallest Buildings in New York City
24. June 2019
For decades, New York City has been known for its spectacular skyscrapers. Of course, in the aftermath of September 11,…
Homes
Take A Look Into Tommy Hilfiger’s 50 Million Dollar Penthouse
30. July 2018
Architecture & Design Magazine Architectural Digest gives us an exclusive glimpse of Tommy Hilfiger's duplex penthouse apartment in the Plaza…
Homes
Sold For 275 Million Euro: This Is The Most Expensive Villa In The World
18. December 2015
The most expensive property in the world has a new resident. A buyer from the Middle East paid a record…
Homes
The World’s Most Expensive Penthouse in Monaco costs $400 Million Dollar
25. October 2014
Due to mild temperatures, the magnificent backdrop and tax privileges, Monaco is home to many world’s millionaires and billionaires. The…
Homes
A Glimpse Into Michael Bay’s Incredible Dream Home
14. March 2018
Michael Bay is one of Hollywood's most successful filmmakers. Blockbusters such as Armageddon, Pearl Harbor and the Transformers series brought…