The New BMW Z4: For Real Fans And Everyone Who Wants to Become One

True fans can always be recognized by the fact that they immediately notice the smallest changes in detail, while others tend to shrug their shoulders and go about their business.

One example is the BMW Z4. In 2017, when the Bavarians sent their prototype to the Pebble Beach Concours d’Elegance in California, fans of the Bavarian car manufacturer were compelled to see the production model. Other visitors to the car show could have cared less, “Agh, BMW is releasing a new roadster.” But an appetite grows while eating, so it’s worth taking a closer look. 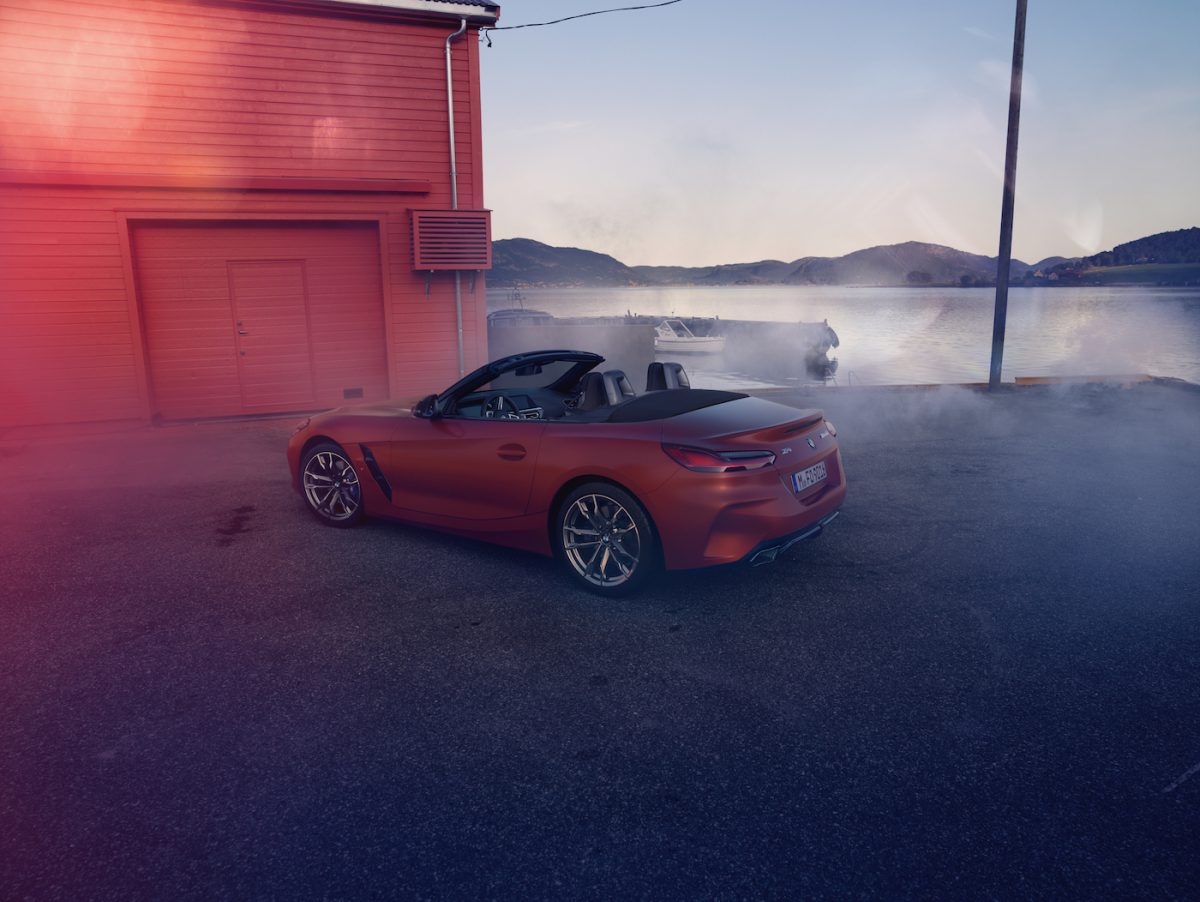 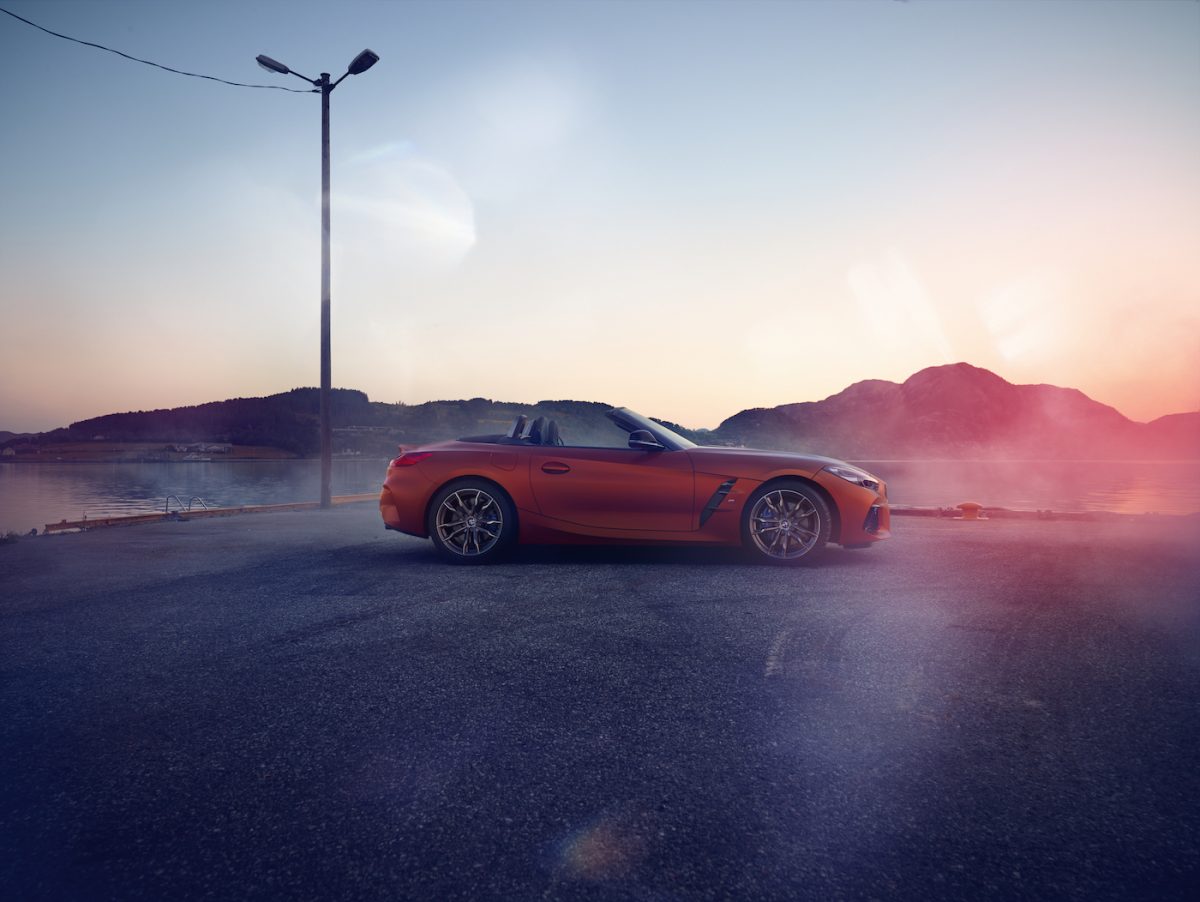 Ever since the Bavarians presented their first Z3 years ago, the design of the roadster has been an integral part of their portfolio. As with most things, the hype and excitement were tremendous in the beginning. Nevertheless, the innovations that followed were always much more than just a simple facelift – both technically and visually.

The new Z4 contains the natural look of a BMW. The large double kidney grille in the front is just as important as its iconic emblem. The large air inlets below the grille are not just refinements to the design, they have become the standard in large sedans and station wagons of Bavaria for a long time now. What is more striking is that Australian designer, Calvin Luk, who works for BMW, not only paid attention to the sleek, rapid lines, but also gave the Z4 a somewhat playful front. The headlights, for example, which are tapered to the smallest slots in many competitors, are vertically aligned and give the Roadster a visually powerful look. This car does not just drive, it drives fast. 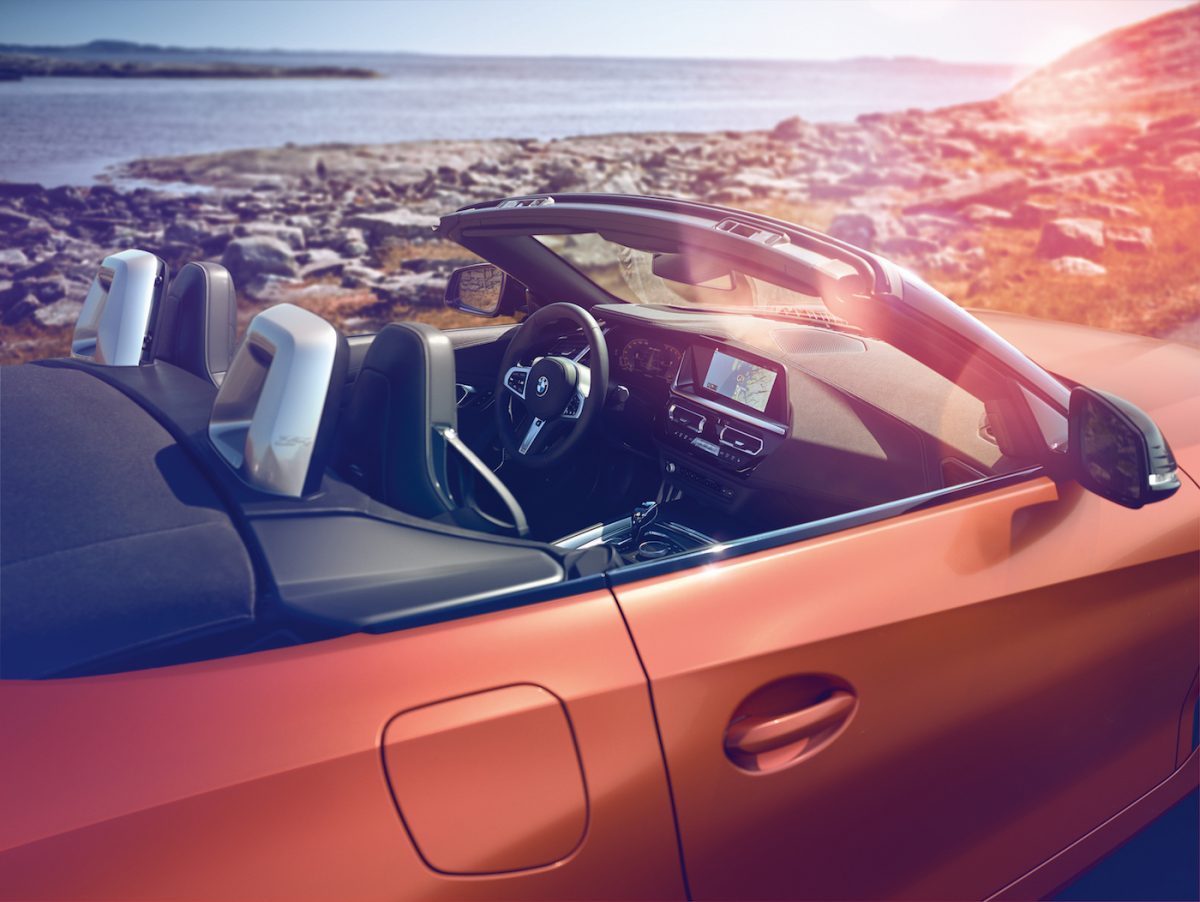 Technology that stands out

Sure, with some vehicles you smile when you hear the driver’s seat referred to as the cockpit. With the Z4, however, this word is absolutely appropriate. The interior displays and the optional Head-up Display are reminiscent of aircraft controls. And like a pilot, the driver of the Z4 has all the essential functions firmly under control via various buttons on the steering wheel. The Bavarians did not use touch displays to an exaggerated extent, but deliberately opted for “real” switches in some places. No touch screen can compete with their haptics – especially when you’re driving at high speed. 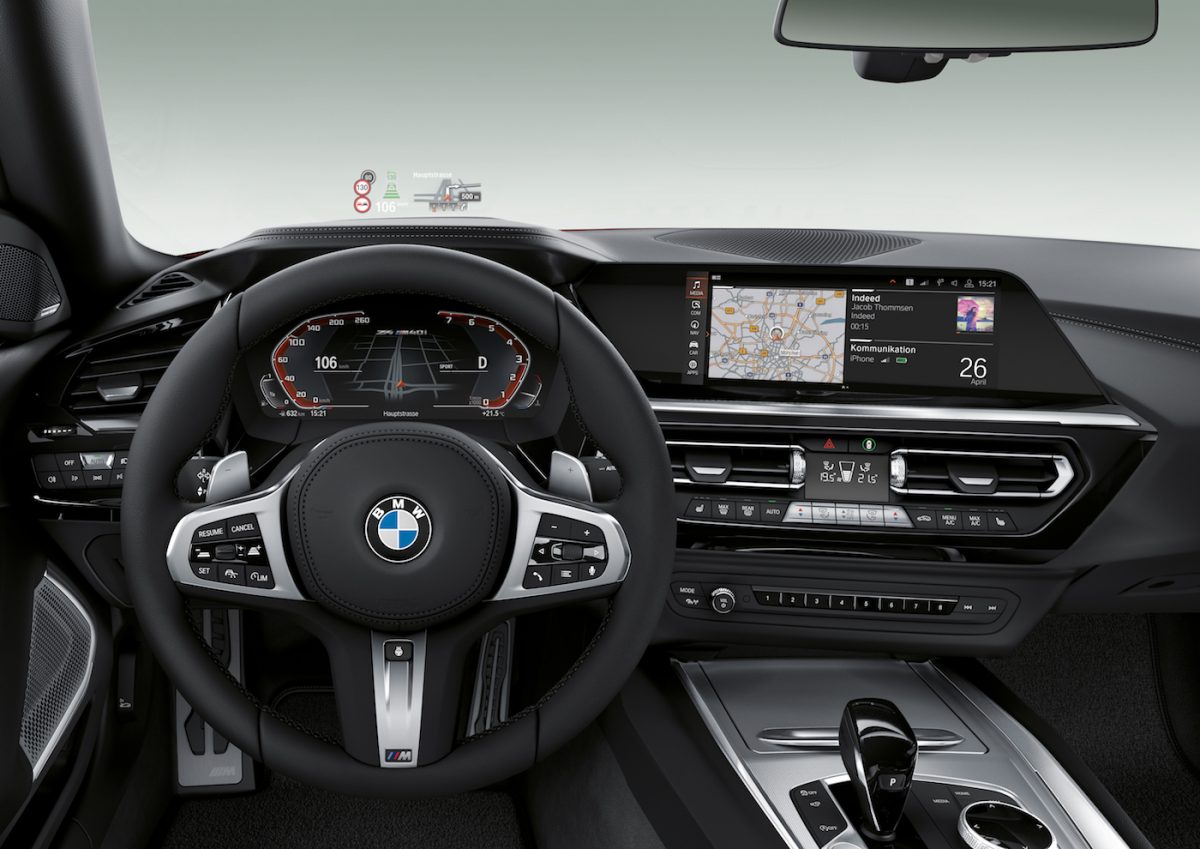 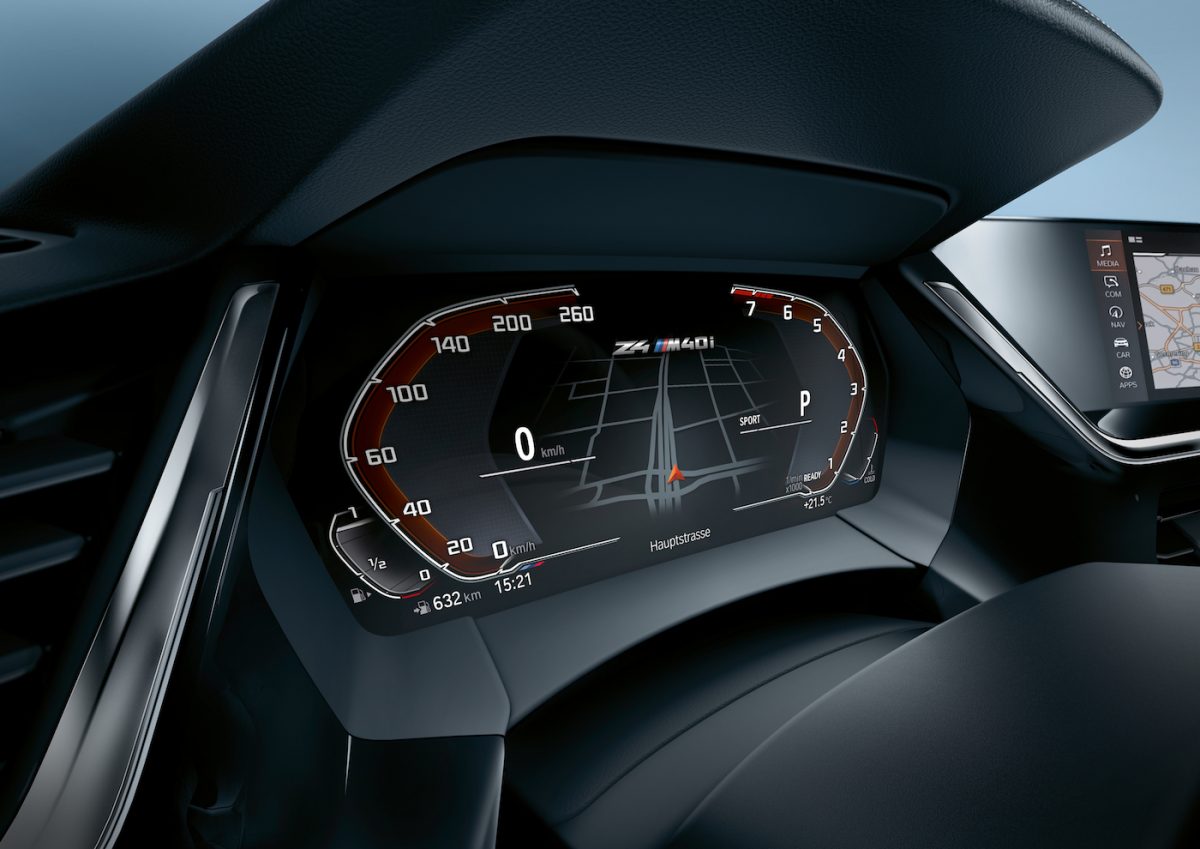 In order to enable a driving style as sporty as it is fast, the car was equipped with a sports suspension with electronically controlled dampers, a sports brake system and a sports differential in the rear axle drive. The power comes from a straight six-cylinder engine with 3 liters capacity, which shines in the top model with an output of 340 HP. In 4.6 seconds, it can go from 0 to 100 km/h, while the top speed is electronically controlled at 250 km/h.

Further information can be found here!

10 Sure Signs That You're Approaching 30

sponsored post
Porsche Design & SONRA present limited-edition sneakers inspired by the Porsche 912
share this post
Puristic and functional design paired with sneaker zeitgeist: Porsche Design and the Berlin sneaker label SONRA combine their…
Tech & Toys
High End Elegance: The Porsche Design Acer Book RS
share this post
The early bird catches the worm - and is therefore a good deal ahead of the competition. In…
sponsored post
Porsche Design presents a unique Custom-Built Timepieces Program
share this post
A Porsche is always a statement. Every Porsche driver grants insight into his personality simply by choosing his…
Fashion & Style
CHRONEXT presents the Ultimate Advent Calendar for Watch Collectors
share this post
The name CHRONEXT has been associated with the best wristwatches that can be bought online since 2013. As an e-commerce…
Fashion & Style
Buying Your First Rolex: This Guide Shows You How To Do It Right
share this post
There are some status symbols which are only visible on the second glance. If you drive a Porsche,…
Load More
Latest Most Viewed
Cars
Fully Digital: This is the new Audi A3 Sportback
18. March 2020
A lot has happened since Audi laid the foundation for the premium segment of the compact class in 1996 with…
Cars
The fastest SUV in the world: Audi presents the RSQ8 in L.A.
21. November 2019
At this year's LA Motor Show, Audi once again shows that it ranks among the top ranks in the ranking…
Cars
World Premiere in L.A .: This is the Audi e-tron Sportback
20. November 2019
Los Angeles is known for spectacular premieres due to Hollywood and its movie studios. The Audi presentation on 19.11.2019 at…
Cars
LaFerrari vs P1 vs 918 Spyder 0-186 mph Drag Race
20. November 2015
TheSUPERCARDRIVER just released their world exclusive shootout with the LaFerrari, P1 and 918 Spyder, taking the three cars to the…
Cars
This MegaYacht by CRN Is The World’s First Floating Garage
6. October 2014
The Italian shipyard CRN is known around the world for extraordinary and extravagant yachts. Now, the shipyard in collaboration with…
Cars
Inside Donald Trump’s $100 Million Custom-Built Private Jet
14. June 2014
With a fortune of more then $ 5 billion, Donald Trump is one of the richest entrepreneurs in the world.…