A First Look at Apple’s New iPhone Model: the XS 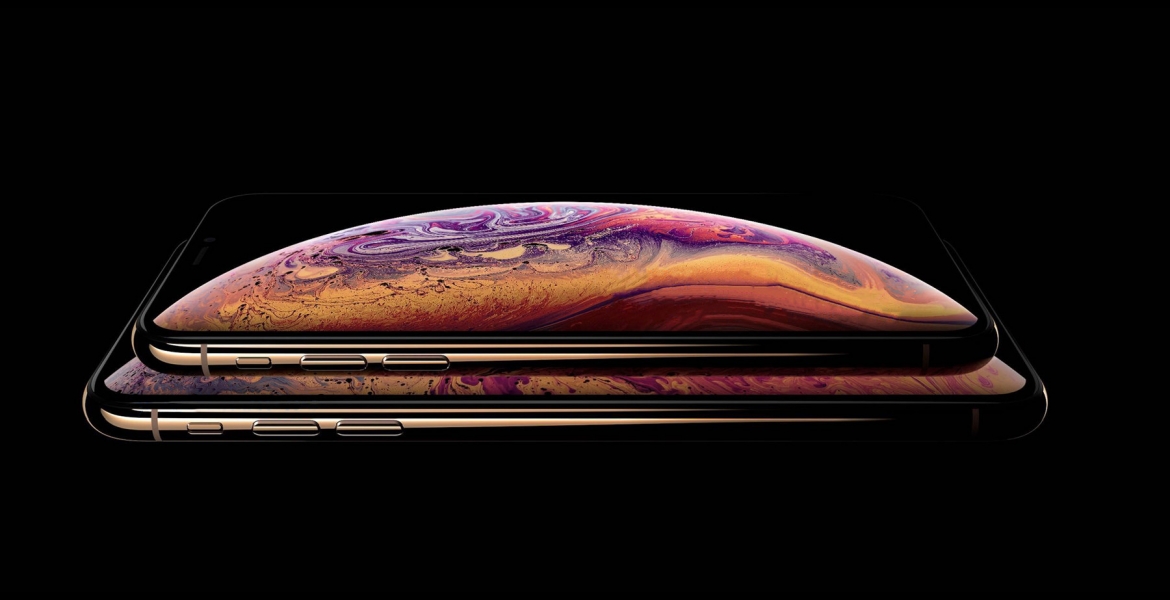 Two weeks before the official launch, a picture has surfaced showing what seems to be the brand new iPhone models. The pictures show the two expected OLED models, which are expected to be called iPhone XS.

Following the official announcement of the upcoming iPhone keynote event on September 12th, the Apple News platform 9to5Mac has released a picture of the next iPhone model which hasn’t been seen before.

Most likely, we can see the two new models with a 5.8 and 6.5-inch OLED display. Both models are available in a new shiny gold color. The iPhone X is only available in silver and black. Apart from that, the iPhone XS is very reminiscent of the iPhone X.

Above all, the new iPhone generation should have a higher performance compared to the latest iPhone. The camera should also improve significantly. The new devices will be officially launched on September 12th and will probably be available for preorder on September 14th.

In addition to that 9to5Mac unveiled a picture of the new and upcoming Apple Watch Series 4 in a rose gold finish, which will also be presented at the iPhone keynote event.

Art & Design
10 Pictures Taken With The New iPhone 7 Camera
share this post
The camera on the iPhone 7 is now two cameras, and a much appreciated upgrade. These new 12MP…
Art & Design
Lumino City: Most Beautiful Handcrafted iPhone & iPad Game Ever
share this post
To be honest, I'm not a big gamer guy myself. When it comes to spending my free time…
Tech & Toys
The Worlds Most Expensive iPhone 6 Costs $2.7 Million Dollar
share this post
Even though the two new iPhone 6 models are only a few days old, Alexander Amosu already set…
Tech & Toys
11 Good Things The New Apple iWatch Can Do
share this post
The Apple Watch is releasing in 2015, and Apple's introduction was just as dramatic as you'd expect. Here…
Tech & Toys
Apple Officially Unveils the iPhone 6 and iPhone 6 Plus
share this post
Finally! Today Apple CEO Tim Cook unveiled two new iPhone models - the iPhone 6 and the iPhone…
Load More
Latest Most Viewed
Tech & Toys
High End Elegance: The Porsche Design Acer Book RS
27. January 2021
The early bird catches the worm - and is therefore a good deal ahead of the competition. In this sense,…
Tech & Toys
Home Cinema: Sony presents new 16K Crystal LED Cinema TV
18. March 2020
Larger, flatter, sharper and equipped with more and more functions: When a new television comes onto the market, these are…
Tech & Toys
Apple is Building a $ 1 Billion Dollar Campus in Austin
3. January 2019
It's a round thing in Austin, Texas: With the new Apple Campus, which costs the California company around one billion…
Tech & Toys
The 108M Luxury Yacht Concept With It’s Own Private Beach
3. March 2018
Hareide Design has introduced a yacht concept of superlatives that directs the focus of its future owner on the beauty…
Tech & Toys
30 Meters Elegance: The Tecnomar Nadara Zahraa Yacht
4. April 2016
This 30 meter yacht embodies pure elegance, power and style. In 2013, the Italian shipyard Admiral Tecnomar unveiled their jewel…
Tech & Toys
A Yacht That Can Fly x The Skyacht One
19. January 2016
What kind of feeling must that be to set sails and glide through a sea of clouds in this luxurious…