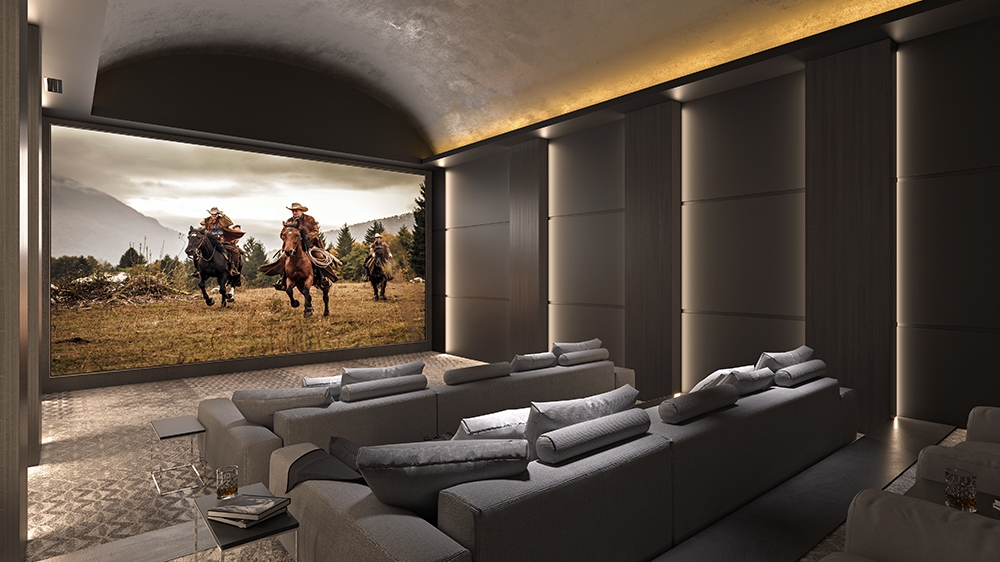 Larger, flatter, sharper and equipped with more and more functions: When a new television comes onto the market, these are the attributes with which the manufacturers try to score. The new 16K Cinema TV from Sony should actually remain the leader for a long time.

At the beginning of 2020, Sony introduced the television with a screen size of more than 19 (!!) meters. Obviously, the main goal was to reach cinemas. But now Sony has announced that this gigantic entertainment device can also be purchased by private customers. This gives the home cinema a whole new dimension. And that doesn’t just apply to size:

“Crystal LED offers a contrast ratio of over a million to one, the most precise lighting conditions, low heat emission and an absolutely breathtaking picture quality. By offering the display in modular configurations, consumers now have an exciting new option for transitioning from home projection systems to large-screen televisions, ”said Mike Fasulo, CEO of Sony North America.

Of course that’s a lot of money. But if you have such a television, you never have to go to the cinema again.

Light at the End of the Tunnel: 10 Good News about the Corona Pandemic

10 Useful Tips for more Productivity in your Homeoffice

Load More
Latest Most Viewed
Tech & Toys
High End Elegance: The Porsche Design Acer Book RS
27. January 2021
The early bird catches the worm - and is therefore a good deal ahead of the competition. In this sense,…
Tech & Toys
Apple is Building a $ 1 Billion Dollar Campus in Austin
3. January 2019
It's a round thing in Austin, Texas: With the new Apple Campus, which costs the California company around one billion…
Tech & Toys
A First Look at Apple’s New iPhone Model: the XS
30. August 2018
Two weeks before the official launch, a picture has surfaced showing what seems to be the brand new iPhone models.…
Tech & Toys
The 108M Luxury Yacht Concept With It’s Own Private Beach
3. March 2018
Hareide Design has introduced a yacht concept of superlatives that directs the focus of its future owner on the beauty…
Tech & Toys
30 Meters Elegance: The Tecnomar Nadara Zahraa Yacht
4. April 2016
This 30 meter yacht embodies pure elegance, power and style. In 2013, the Italian shipyard Admiral Tecnomar unveiled their jewel…
Tech & Toys
A Yacht That Can Fly x The Skyacht One
19. January 2016
What kind of feeling must that be to set sails and glide through a sea of clouds in this luxurious…