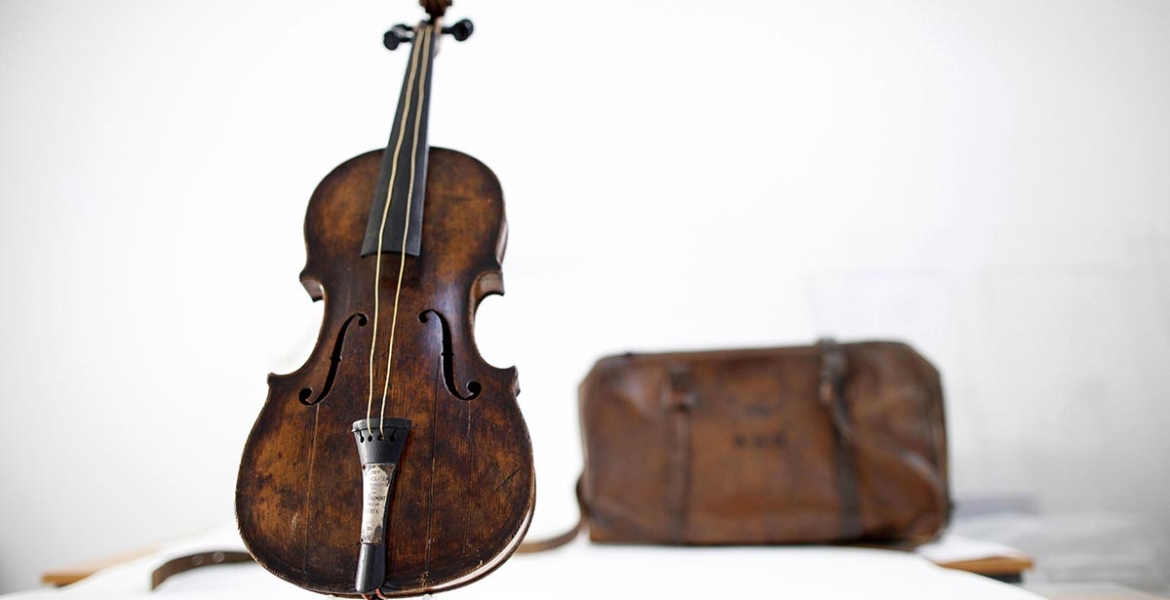 Violin from Titanic auctioned for $1.6 million

Last Saturday the violin which was played by the Titanic’s bandleader as the ship sank was auctioned for $1.6 million – in just 10 minutes. After seven years several experts, including forensic scientists, finally authenticated the fact the violin actually came from the Titanic. It was found in a leather case that was strapped to Wallace Hartley’s body ten days after the ship sank. Acoording to survivors, the band kept playing to calm down the passengers as the ship was sinking.

The sea-corroded instrument, which was a gift by his fiancee Maria Robinson, is engraved with the words: “For Wallace on the occasion of our engagement from Maria.”

The buyer, who bid over the phone, wants to remain anonymous.

The Private Island by Dietrich Mateschitz